Director of Food and Beverage
Mike Sharp comes to The Country Club at DC Ranch from Ojai Valley Inn & Spa in Southern California where he spent the past three years as the Director of Restaurants  - overseeing the daily operation of seven (7) restaurants with revenues exceeding $20 million annual.  Founded in 1923, Ojai Valley Inn & Spa began to as a private golf and country club built to harmonize the unspoiled beauty of its rural paradise. Throughout the years, hosting many celebrities, musicians, dignitaries and politicians, Ojai Valley Inn & Spa retained its sense of place and staying true to the people who first built it. Amid an unsurpassed natural landscape with diverse appeal to families, the Inn remains one of the finest resorts in North America. The resort was first awarded the coveted Five Diamond Award for excellence in the hospitality industry and has achieved this distinguished accolade annually since 2006.
Prior to his affiliation with Ojai Valley Inn & Spa, Mike served as the Director of Beverage Operations for Red Hawk Casino in Placerville, California for three years.  Mike’s experience also includes serving as the Director of Restaurants at the Four Seasons Resort in Scottsdale from 2005 thru 2007 and as the Food and Beverage Controller at The Phoenician Resort in Scottsdale from 2000-2005.  Originally from Houston, Texas, Mike began his career working for Landry’s Seafood Restaurants, Inc. in Houston where he spent ten years learning his craft before being recruited for The Phoenician opportunity.
As Director of Food & Beverage, Mike assumes full responsibility for the day-to-day operations of the Club’s food and beverage program.  We look forward to the passion, knowledge and experience Mike will bring to our team….assisting all of our employees in taking the food & beverage operation to new heights! 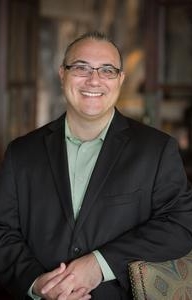