General Manager
Mark has been the Assistant General Manager at Medinah Country Club, Medinah, IL – since 2019. Mark has proven himself as a solid leader in the private club industry over the past 30 + years and has a reputation for not only leading teams, but developing, strengthening, and mentoring relationships between members, members' families, and staff alike. His approach to professionalism, integrity, and esprit de corps is exceptional and worthy of emulating in today's work climate, as supported by his highly regarded GM/COO at Medinah Country Club where Mark has mentored under one of the best in the industry. Mark has amassed a selection of skill sets and industry knowledge that distinguishes him from other leaders in the industry---from his ability to quickly assess situations and make informed decisions to being task-oriented and goal-focused. His reputation as a “club operations visionary” and someone who “has significant experience in the redesign, redevelopment, and conception of what a club can offer” is a valued trait that has benefited the clubs and resorts he has served. Mark began his career as a dishwasher in the late '70s. The strong influence of his family instilled in him many positive values and ‘golden rules. Two that stayed with Mark over the years is “Anything worth doing is worth doing well” and “It’s never wrong to do the right thing”. These have helped frame the way Mark approaches tasks and challenges and have certainly aided in his successes over the years. This is also accompanied by his time as a U.S. Marine, where his focus was to take care of the troops and accomplish the mission, and where he obtained the rank of Staff Sergeant. In his career, while very heavily focused on F & B and culinary, Mark has progressed and managed through nearly all club departments from the aforementioned to facilities and from fitness and recreation to hotel operations; all the while treating each experience as an opportunity to learn as well as an opportunity to give needed guidance and leadership. Mark's breadth of experience at some of the country's top clubs has only been enhanced by his time working with some of the country's best leaders, whether that be other club managers or engaging with members that are leaders of industry; leaders that he has been able to glean valuable lessons from over the span of his career. Mark's financial acumen coupled with an understanding of club governance are important assets. His experience and role in major club renovations and capital projects, from conception through critical path and completion, would both be a valuable benefit and resource to the DC Ranch. His time at Medinah and at The American Club, Hong Kong were both roles where he served under his current GM/COO, and from whom he has learned very effective focus, communication, strategic, and leadership lessons, which we see him building on even more when he joins us for his role at The Club. His appetite for new challenges and his ability to build a team of like-minded individuals are clearly demonstrated throughout his career. He encourages team collaboration that is built on respect for others and instills a shared vision to work together to create a culture of excellence, and with his depth of experiences around the country, we believe he will bring us a vibrancy, and energized presence to The Club. 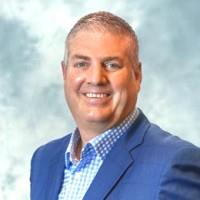