Locker Room Manager
Todd Dufek was born in Sturgeon Bay, Wisconsin moving to Lake Havasu City, Arizona at the age of 11. He attended high school there playing on the golf team and working side by side with his father in the family shoe business. He attended Grand Canyon University on a golf and academic scholarship graduating with a B.A. in Behavioral Sciences in 1980. Todd attended Arizona State University and graduated with a Masters Degree in Social work in 1982 and spent four years in the profession. In 1986 he accepted the position of locker room manager at the Arizona Biltmore Country Club in Phoenix, concluding his employment there in 1998. Shortly after Todd was hired at the locker room manager at The Country Club at DC Ranch and is the only locker room manager the club has ever had. Since 1998 Todd has authored three books on locker room management that have sold to 500+ clubs across the nation and are considered the bibles of the profession. In 1999 he founded the Locker Room Managers Association and is the organization’s president. It has grown from one member in 2002 to over 500 members at 200+ clubs in 37 states and two foreign countries. In 2007 Todd hired a professional production company that produced a DVD that was shot on location in his shoe room on how to shine and restore footwear in a country club setting, a training aid that is being used by clubs across the country. Finally, he has authored two other books of a spiritual nature, one related to golf. Todd is one of the veteran staffers at The Country Club, who started with the Club in 1998. 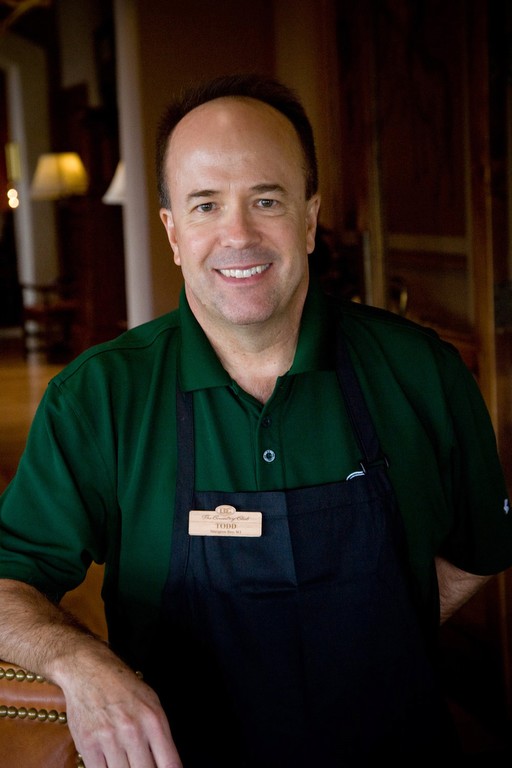